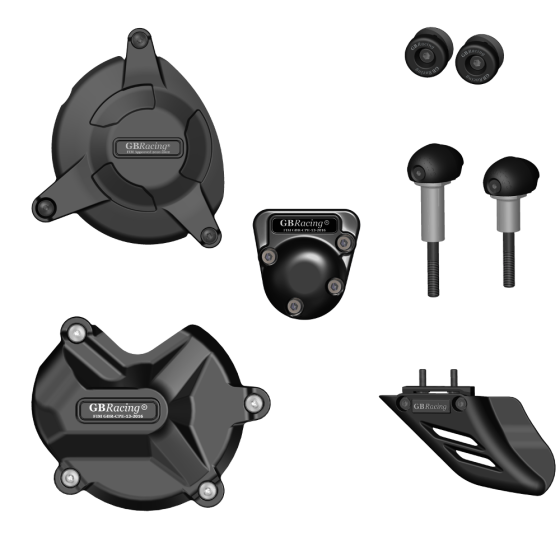 Injection moulded using a revolutionary new tough high-impact composite material made from 60% Long Glass Fibered Nylon 6.6, the engine covers provide superior impact and wear protection both on the track and on the street.

Available in 'Street' and 'Race' variants - this item is the 'Street' variant.

The 'Street' set features bullet frame sliders with longer tubes to position the Bullet beyond the fairing like a conventional crash knob, offering greater protection for the fairing as well as other frame and chassis components. Approx tube length (end to shoulder) 50mm (left) 30mm (right).

The 'Race' set features bullet frame sliders with shorter tubes to position the Bullet virtually flush with the fairing, reducing the risk of bike flipping during a slide while still protecting the frame. Approx tube length (end to shoulder) 30mm (left) 20mm (right).

GBRacing crash protection can save you time, money, and a lot of grief by

Need to ask a question?

Satisfaction guaranteed or your money back.

Visit Our Other Sites

Sign up to be the first to hear about new products